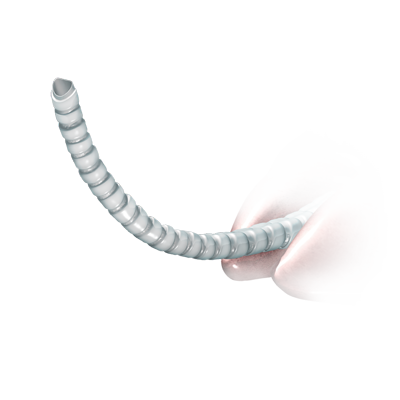 The trachea (or windpipe) forms the upper portion of the respiratory tract; the lungs form the lower portion. The trachea provides a conduit for airflow into the lungs. Blockage of this pathway (e.g.: from a foreign object) disrupts airflow and requires emergency attention. Within the tracheal tube, there are microscopic hairs within a layer of mucus that trap inhaled particles before they can enter the lungs and cause damage. Particulate matter trapped in the mucus is moved by these hairs back up to the mouth to be swallowed. This clearing mechanism is important in disease prevention. Dogs unable to clear the debris trapped in the trachea (e.g.: collapsing trachea) risk developing infections within the lungs.

READY TO GET STARTED?

Book an AppointmentContact Us